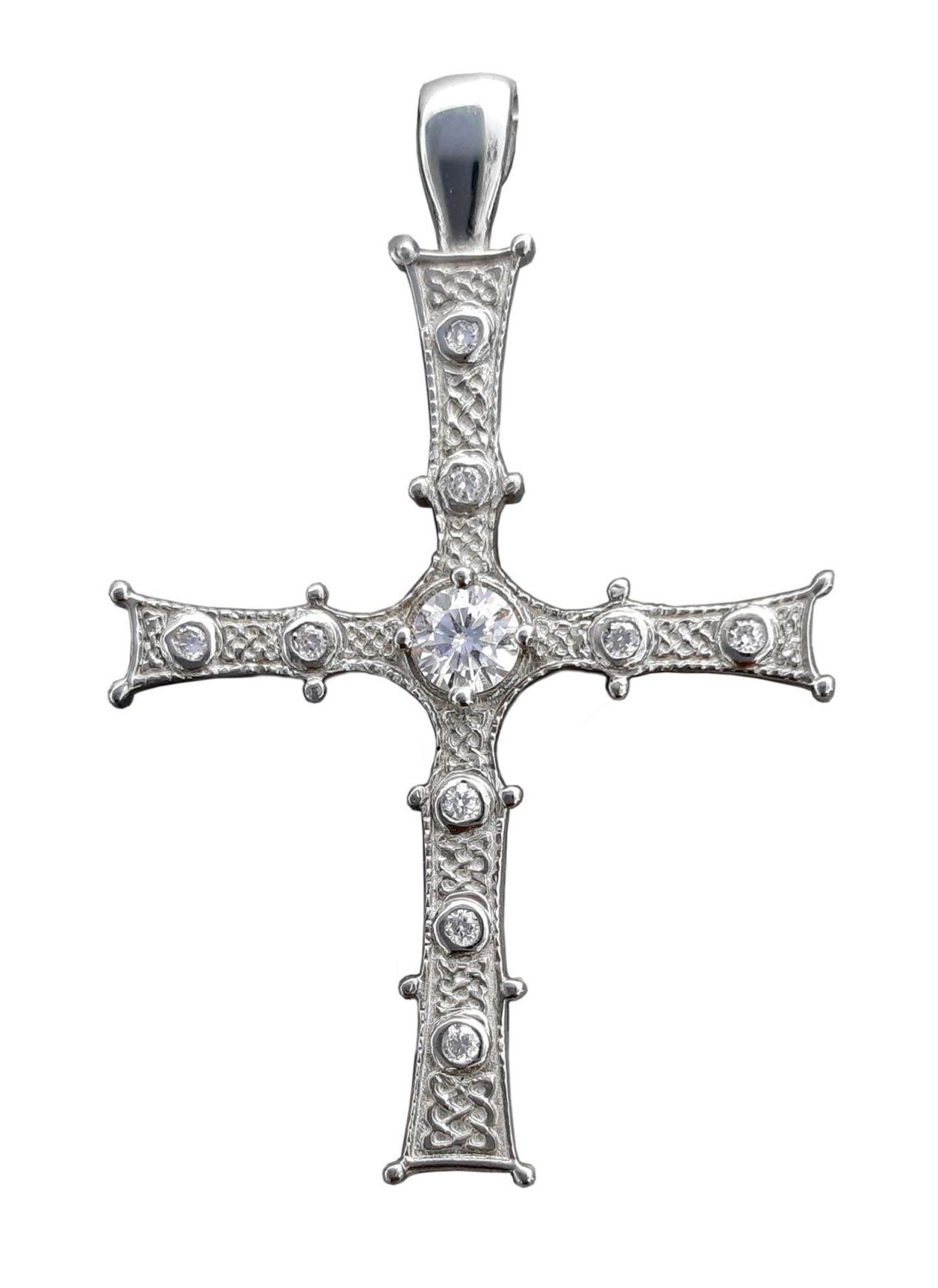 This unique Sterling Silver cross is set with a 4mm centre stone and 9 small stones highlighting the celtic detail down the arms. The celtic detail is repeated on the back of the cross. It is approx 35mm (not including loop) tall and 27mm wide. A 20" chain is included with this cross and presented in a beautiful brown hinged box.

The History of the Cross of Cong

The Cross of Cong is a highlight of craftsmanship from a time when Ireland was run by Kings, and religious artefacts were prized and revered.

When a relic of the True Cross arrived in Ireland in 1123 the Cross of Cong was created to enshrine it. The True Cross is the name of the cross on which Jesus was crucified. This shrine was crafted at a monastery in Roscommon and presented to Turlough O'Connor, the High King of Ireland. The rock crystal in the centre of the cross magnified the tiny relic placed directly behind it.  First it was kept in the Cathedral Church of Tuam, Co Galway, then moved to Cong Abbey due to the Anglo-Norman invasions. But even there it wasn’t safe; Irish Catholics had to worship in secret due to new penal laws, so the cross was hidden in various homes in the village of Cong, Co Mayo. It was found in an old chest in the late 1700's and later, sold by a parish priest of Cong and given to the Royal Irish Academy. Once another priest tried to steal it back!  Now the cross resides in all its glory at the National Museum of Ireland in Dublin.

This interpretation of the cross is available in Gold or Sterling Silver and can be fitted with a variety of coloured faceted Cubic Zirconias. Also available with genuine Connemara marble cabochon stone.

Recommend this to a friend  +